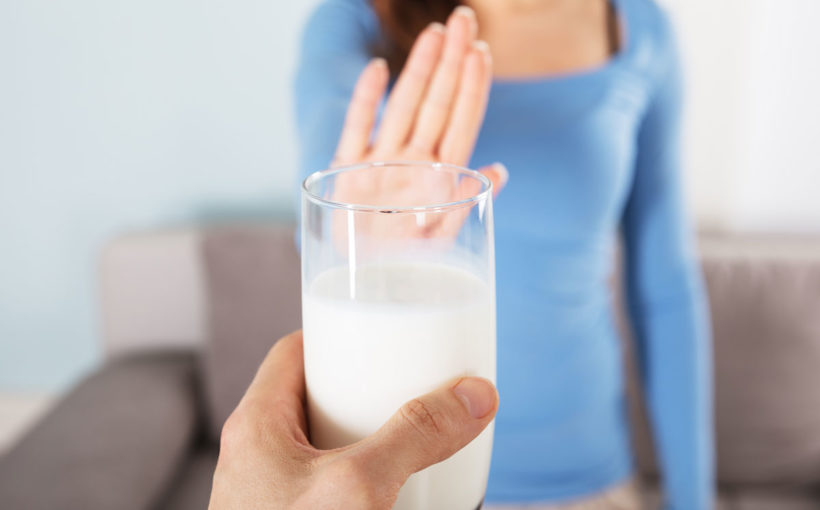 Right from an early age, we’re told that milk builds strong bones and makes some of the best foods in life. (Pizza and ice cream, anyone?) But it seems that more and more people are having trouble digesting it these days. In the movie “Finding Nemo,” a seahorse named Sheldon sneezed himself off the screen after telling everyone he was H2O intolerant. The line had the adults laugh their hearts out, but those under the age of 12 may have missed the joke. Although fish cannot be technically H2O (water) intolerant, lots of people have something with a similar sounding name — lactose intolerance!

However, if you’re lactose intolerant, you won’t sneeze. Instead, you’ll be bothered by a tale of annoying symptoms, namely, nausea, horrible stomach-aches, farting, burping, and diarrhea. Let’s check out the reasons why some people simply can’t tolerate lactose!

Why Are Some People Allergic to Lactose?

When we were younger, milk was an essential staple in most of our lives. What would our breakfast cereals be without it? Soaking your Cocoa Pebbles and browning your milk, then drinking the resulting “chocolate milk” was (and for some still is) a morning delicacy. At some point, usually between mid-teens and early 20s, a percentage of the population begins to feel increasingly uncomfortable, have a terrible case of diarrhea, or bloating after drinking a few glasses of milk.  But the question is simply why.

Usually, this happens because your body doesn’t produce enough lactase, an enzyme made in your small intestine that breaks down lactose. According to scientists, most people develop at least some degree of intolerance as they age. But the reason why we lose this ability is still a bit of a mystery. Most scientists believe that we all initially lost the ability to digest lactose as we got older, and thanks to a relatively recent genetic mutation, the lactase producing gene was left “switched on” throughout adulthood.

People with an intolerance will keep producing lactase but at a much lower rate. This reduced production will then reach a critical point where your digestive system can no longer break down the lactose, which will pass undigested through your intestine until it reaches the colon. Once there, the lactose undergoes a kind of fermentation by the bacteria there. When the bacteria interact with the lactase, gas is produced. This gas causes discomfort, pain, cramps, and diarrhea.

There isn’t a cure for lactose intolerance and no known way to make your body produce more lactase. But you can manage it if you limit your consumption of dairy products, eat lactose-reduced food, or take an over-the-counter lactase supplement.

So, Should We Stop Consuming All Dairy Products?

In all but the most severe cases, lactose intolerance does not mean that all dairy products should be permanently eliminated. Several studies have shown that those who cannot digest lactose can actually drink one to two glasses of milk a day without any problem. According to these studies, negative symptoms may improve when milk is consumed regularly, but at lower levels. Researchers have hypothesized that this is because bacterias in the colon accumulate over time, causing a way stronger reaction than if the bacteria had been continuously exposed to lactose – and the bacteria also become more efficient.

Remember that the most important reason to drink milk is calcium. If children don’t get the amount of calcium they need, their growth and skeletal health will be at risk. Children who completely eliminate dairy products from their diets receive only one-third of the calcium they need each day, which is directly responsible for a significantly higher rate of bone fractures than children who consume dairy products. Milk has a whole lot of benefits for the body.

While it’s certainly possible to get calcium from other food sources, you would have to consume unreasonable amounts of it to equal the same amount found in many common dairy products. If you miss the days when you could enjoy dairy products without a care or worry, consider giving lactose digestive-aids a try. Many with light to mild symptoms have reported excellent results, and a sizable portion can now consume dairy products again without ill effects.